A while back I was reading Phillip Lopate's Notes On Sontag, a compact mixture of criticism (some of it fairly critical, especially when it comes to Sontag's fiction) and personal reminiscence. It was the latter that really grabbed me. I had a single encounter with Susan Sontag in January 2000, about five years before she died. It was in the midst of an extraordinary cold snap in Manhattan, and her publicist had given me the incorrect address, so I found myself wandering the frigid blocks to the west of her apartment building. There were loading docks, parking lots, a factory that made products out of injected plastic--surely Sontag couldn't live in such a place? Feeling increasingly anxious, I located a pay phone, whose square metal buttons were frozen and non-responsive. I took my gloves off, warmed the buttons with my hand, dialed the publicist, and was directed to the correct address. And there Sontag, who I imagined to be a forbidding figure, was kind and welcoming. Within a few minutes, in fact, I was thoroughly irradiated by what I can only call charisma. She made you want to be her friend. This didn't mean you were her friend--only that you felt an irresistible urge to become one. And that brings me back to Lopate, who was repeatedly hit by the same urge, then left out in the cold:

Over the years, whenever I would read an essay of hers praising some writer or filmmaker I loved, I would think, "My God, we have so many tastes in common! We both care about the same things! Wouldn't it be nice if we could be friends?" I would fantasize having our dinners around town or dropping in at her apartment and comparing notes on the latest cultural doings. But of course any friendship would have to be predicated on mutual respect, since I could never bring myself to play the flunky. On my end, I would also have to surrender some of my own judgmental wariness about her and trust her more. Above all, you look into the eyes of an acquaintance and see permission to take it further, or not; I never saw that permission in Sontag's eyes. I don't think she was even looking for it in my eyes. So a friendship between us never came to pass.

He's correct. There is a moment in any embryonic friendship when things change. A subliminal signal is passed back and forth. You drop your guard, you feel an instinctive and possibly foolish affinity for a person who, after all, you hardly know. It's a rare and beautiful sensation. I would call it a painless version of falling in love--love plus Novocaine--except that the end of a friendship can be very rough. 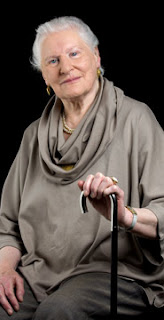 I was sure that Diana Athill had described something similar in Stet, her superb memoir of life in the editorial trenches. But where? I scanned the entire book in a mindless way, trying to read and not read at the same time. To my annoyance, I kept getting detained by paragraphs like this one, which details the acquisition of a stuffy British publishing operation by Athill's own firm:

One of the more burdensome books we inherited from [the old firm] was a pointless compilation called Memorable Balls, a title so much tittered over that we thought of leaving it out when we were arranging our stand at The Sunday Times's first book fair. Finally one copy was shoved into an inconspicuous corner--where the Queen Mother, who had opened the fair, instantly noticed it. Picking it up, she exclaimed with delight: "Oh, what a tempting title!"

Priceless. Still, I couldn't afford to read the whole book, I didn't have time, and redoubled my efforts to stop latching onto particular bits of text. I was, as I discovered in William Langewiesche's Fly By Wire: The Geese, The Glide, The Miracle on the Hudson, behaving like a goose--at least an aspiring goose. The author (who I once interviewed) reports:

[B]ecause geese lack foveae (the part of the eye in humans and birds of prey that is responsible for sharply focused central vision) it is believed that they may see everything with equal sharpness without having to move their eyes. This means they would see every word on this page simultaneously, though comprehension would be a problem.

Now I know who, or what, to blame: those damn foveae. I was beginning to wonder if I had simply made up the passage in the Athill book. It's happened before: I have a very distinct memory of some pithy formulation, some vivid image, that turns out not to exist. I've dreamed it up, then longed for the imprimatur of somebody smarter than me to say it. Reverse plagiarism: attributing your words to another person. Try it, you'll like it. But wait--I found the passage! It's about Alfred Chester, the charismatic, wig-wearing enfant terrible of postwar American letters. Athill was the British editor for his books, which sold no copies. This can put a crimp in a relationship. Yet she found his friendship an enthralling experience, with its instant, almost reckless lowering of the drawbridge:

Meeting him, whether alone or at parties, reminded me of the excitement and alarm felt by Tolstoy's Natasha Rostov on meeting her seducer and knowing at once that between her and this man there were none of the usual barriers. Something like that shock of sexual accessibility can exist on the level of friendship: an instant recognition that with this person nothing need be hidden. I felt this with Alfred (although there was a small dark pit of secrecy in the middle of the openness: I would never have spoken to him about his wig).

Comments:
Goose-eyed friendships can end in bad hangovers: Terry Castle and others recount their own Sontag friendships on my own blog: http://tiny.cc/wsm7j

It's reassuring to know that even Sontag couldn't live up to Sontag all the time.

Meanwhile, look forward to reading your own account, and Phillip Lopate's.

I liked this quote, and posted it on my FB page: "Still, I do believe that people write, at least in part, out of their experience. And many writers seem to shut down with middle age, and worse: they get locked into their opinions and prejudices and crankiness and indignation. They conclude that old age is a kind of exile from experience."

Then I read the rest of the piece, and it was one great quote after another.

Thanks times two, Cynthia! I'm glad you liked the piece and am tickled that you quoted it on your blog. Sontag was easy to make fun of--her high seriousness about (very) high culture could tip over into self-parody. At the same time, she was truly impressive and inspiring. That's also what I take away from Terry Castle's funny, irreverent, and touching essay. It would have been a thrill to see Sontag again, although I wouldn't have had any more luck than Phillip Lopate in the friendship sweepstakes.