I meant to point out this excellent CJR piece by Nicholson Baker some time ago. It's about Daniel Defoe's A Journal of the Plague Year, whose agonized tone and apocalyptic detail Baker finds utterly convincing. The fly in the ointment: Defoe was a tiny child when the plague hit London in 1665. So he cobbled together his first-person, "nonfiction" account from contemporary sources, family reminiscences, and so forth. In our era, beset as we are with the post-James-Frey jitters, such a tossed salad of fact and fiction can be, in Baker's phrase, a "thorny shrub." 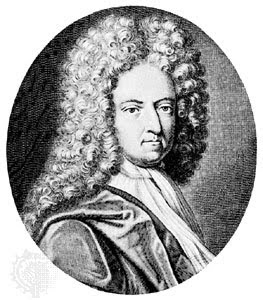 But the other interesting aspect of the piece is Baker's own ambivalence toward Defoe's methods. He doesn't believe that journalists or other purveyors of truth (put whatever words you like in quotation marks) should ever invent. The minute an author tampers with a single verifiable detail, he or she must stamp the resulting work as fiction. That seems pretty clear, doesn't it? No ambiguities. No loopholes. No gray zone where fib and fact can merrily cohabit, confusing the daylights out of the reader.

On the other hand, when I interviewed Baker in 1999 (or whenever it was), he wearily asserted that novels had a higher reality quotient than we gave them credit for. "I get tired of writers who insist on the fictionality of their work," he said. "Even Nabokov, who's an exceptionally autobiographical writer, made a big deal about how he invented his people and then dismissed them from the stage. He was forced to do that, in a way, because he'd written Lolita, so I forgive him. But I'm certainly not going to pretend that the thoughts in my books would never enter my own head.... When I read Updike, I assume what he's writing happened to him--unless he's going to the moon or something. And I think that especially with the first two books, people should be entitled to think that about my own work."

Still, in theory, Baker should be recoiling from Defoe's book--or at the very least, from its mendacious packaging as a memoir. Instead, its brilliant ventriloquism draws him in. Perhaps the ultimate lesson is: don't lie unless you're a genius. In any case, Baker begins his piece like this:

I first read Daniel Defoe's A Journal of the Plague Year on a train from Boston to New York. That's the truth. It's not a very interesting truth, but it's true. I could say that I first read it sitting on a low green couch in the old smoking room of the Cincinnati Palladium, across from a rather glum-looking Henry Kissinger. Or that I found a beat-up Longman's 1895 edition of Defoe's Plague Year in a dumpster near the Recycle-a-Bicycle shop on Pearl Street when I was high on Guinness and roxies, and I opened it and was drawn into its singular, fearful world, and I sat right down in my own vomit and read the book straight through. It would be easy for me to say these things. But if I did, I would be inventing—and, as John Hersey wrote, the sacred rule for the journalist (or the memoirist, or indeed for any nonfiction writer) is: Never Invent.

Comments:
I enjoyed Baker's piece quite a lot, but I must quibble with his catholic requirements, which fail to consider the often vital quality of perspective or those interesting truths of the subconscious. Mark Kurlansky's recent excavations (in his latest book, FOOD OF A YOUNGER LAND) into the Federal Writers Project revealed all sorts of probable fibs about the times. (In the worst cases, it was racism; but in less pernicious cases, it was impassioned rants about mashed potatoes.) But these "fibs" do help us to understand how people thought and felt about food. And if the sentiment behind the journalism is true, then one can indeed fib a bit. And if one is satirical, there are always the possibilities of truthiness.

The question, I think, is the degree to which the author insists that what he's written is true. I think that outright thievery of the Maureen Dowd variety is far worse than presenting a perspective, in the sense that it's a greater con. But if people are aware of what they're in for from the writer (consider any number of New Journalists), then the writer will be trusted.

Richard Nixon said, “Honesty is not always the best policy, but sometimes it’s worth a try.” But it’s hard to try, even with honest intentions. The psychologist Jean Piaget grew up believing in his earliest memory, that his nurse had fought off kidnappers when he was two.

"Then--I must have been about fifteen--my parents received a letter from the nurse, saying that she had just been converted and wanted to confess all her sins, and that she had invented the kidnapping story herself...In other words, there wasn't an iota of truth in the memory. And I have a very vivid memory of the experience, even today. I can tell you just where it happened on Champs-Élysées, and I can still see the whole thing."

Piaget had overheard his parents telling the story and constructed, on that basis, the memory, but he adds, "Suppose the memory had been accurate, that everything happened just as the nurse told it. It still wouldn't be a direct memory, but a resonstituted memory--reconstituted by means of a story I heard later. So I'm faily skeptical of childhood memories."

Both Piaget and the available research indicate that not only childhood memories, but memories in general, a reconstructed mish-mash, and why eye-witness testimony should be treated with great suspicion.

The difference between memoirs and biographies (or autobiographies) is documentation or other corroborating evidence.

The difference between memoirs and novelists is that the novelist is being honestly dishonest.

Baker's method led him to equate antisemitism in the US n 1939 andin Germany in his previous book about WW2.

Ira, thanks for stopping by and leaving that comment. I don't think Baker would disagree that a memoir is a imaginative, often non-verifiable genre. He's simply arguing that literary products of any kind should be honestly labeled. On top of that, there's an additional, very human complication: Defoe's deceptions are supposed to put Baker off, but he loves the book anyway.

As for the anonymous commentator: Baker did indeed spank FDR, etc., for his garden-variety brand of antisemitism. Let's not pretend that such sentiments didn't exist in the prewar United States (or today, for that matter). I don't believe he was thereby equating FDR with Hitler. I do find "Human Smoke" something of a flawed book, though, in its desire to let the facts speak for themselves while simultaneously orchestrating those facts so that (as Louis Menand put it in his review of the book) the facts speak for the author. In any case, the issues Baker addressed in his Defoe essay are different.