The Zbigniew Herbert book club over at Words Without Borders has now begun. What follows is my introductory piece. But I urge all readers to visit the WWB site for the full treatment, which currently includes this fascinating interview with Peter Dale Scott, the poet's first English translator. And if you're tempted to leave a comment (pro or con), please leave it at WWB, where we're trying to foster a real conversation.

Zbigniew Herbert was born in 1924 in Lvov, Poland (now part of Ukraine). He seems to have a led an orderly middle-class life until 1939, when the Red Army rolled into Lvov. "The city was changed within a few days into a concentration camp," he later recalled. Worse was yet to come: within two years, Lvov fell into German hands, only to be regained by the Soviet Union at the end of the war. 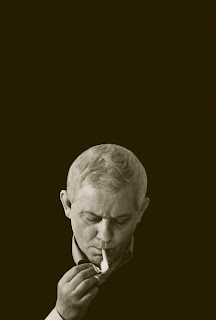 It was during the Nazi occupation, which began in June 1941, that Herbert wrote his earliest poems. He also took part in the Polish resistance, which would complicate his life immeasurably once Lvov fell back under Soviet rule. Having sworn even token allegiance to the Polish government in exile, rather than throwing in his lot with communist partisans, he was now, barely into his twenties, persona non grata.

Herbert managed to attend the University of Krakow, where he earned a degree in economics, and later earned degrees in law and philosophy as well. Yet he moved around constantly, and as he later noted: "I began to putter around in a way that imitated work, just to keep alive." During one period, he helped to support himself by selling his blood. He also continued to write poetry. Due to his political status, publishing a book was out of the question. He did, however, begin to publish individual poems as well as reviews in such periodicals as Dziś i jutro and Tygodnik Powszechny.

In 1956, a political thaw allowed the appearance of Herbert’s first book, Chord of Light. The collection won him wide acclaim, and he was no longer confined to Poland. He traveled to London, Berlin, and Paris (where he first met his mentor, friend, and occasional bete nôire Czeslaw Milosz), and continued to publish such collections as Hermes, a Dog and a Star (1957) and The Study of an Object (1961). Herbert remained deeply involved with Polish poetry, serving as an editor at Poezja ("Poetry") magazine between 1965 and 1968. Yet his was a peripatetic existence, yielding such fruits as the wide-ranging essays gathered in Barbarian in the Garden (1962) and even a short teaching stint in Los Angeles in 1971.

It was during his California interlude that Herbert introduced Mr. Cogito--a musing (and frequently amusing) poetic mouthpiece. In the United States, the confessional poets were on the rise, and it's tempting to see Herbert's doppelganger as a distant relation of, say, John Berryman's Henry in The Dream Songs. But Berryman's autobiographical vaudeville, or Robert Lowell's hide-and-seek exercises in self-disclosure, had little to do with Herbert's enterprise. Mr. Cogito was primarily a creature of mind. He read the paper, he studied his face in the mirror, he smoked a cigarette, but as his name suggests, his main business was cogitation. (In the end, he may have more in common with Italo Calvino's Mr. Palomar, whose telescopic contemplations took in everything but the self.)

In 1981, after many sojourns abroad, Herbert made a permanent return to his homeland, "the treasure house / of all misfortune." It was a pivotal year in Polish history, as the government of Wojciech Jaruzelski declared martial law in December and began the biggest crackdown on civil liberties in recent memory. As a protracted tug-of-war got underway between the regime and the recently founded Solidarity, the 57-year-old poet threw his weight behind the dissidents.

For better or worse, this cemented Herbert's reputation as a poet of dissent. Yet he remained wary of mixing poetry and politics, famously clashing with a claque of younger writers at a 1972 poetry festival in Silesia. For a poet to flirt with ideology was, he insisted, a "punishable offense." Engagement was a dead end, possibly a childish one. "The poet's sphere of action," he declared, "if his attitude toward his work is serious, is not the 'contemporary'--which I take to mean the state of our current knowledge about society, politics, and science--but the real, the stubborn dialogue of man with the concrete reality surrounding him, with this table, with that neighbor, with this time of day: the cultivation of a dwindling capacity for contemplation." In a sense, Herbert was a philosopher with a distaste for abstractions: not an easy job description. Yet he stuck to his guns, and let the contradictions take care of themselves. As he wrote in “"Mr. Cogito and the Imagination":

Throughout the 1980s, Herbert lent his name and prestige to the Solidarity movement. It was a long, grinding decade, during which the increasingly ailing poet struggled with asthma, circulatory problems, and depression. His public pronouncements grew harsh. In 1989, Solidarity gave its assent to the so-called Round Table agreements, which stipulated that the movement would participate in elections that were patently rigged against it. Many critics, Herbert included, considered this a disastrous concession. Even after Solidarity trounced the Communist regime and essentially sounded its death knell, the poet remained skeptical. In a 1994 interview he noted his ongoing disillusion: "We did not believe that we could become free.... No one pondered the question of what to do after victory, or how to deal with the defeated adversary. Then came this fatal 'Round Table' delivery--it did not even involve a caesarian section, rather it ended up with the birth of a brainless baby.... Many people, including myself, felt an almost physical pressure of the political forceps at that time." 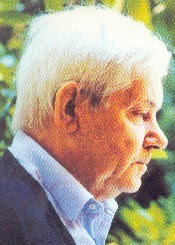 True to form, however, little of this bitterness found its way directly into Herbert's poetry. Mr. Cogito made his final appearances, "wearing his soul / on his arm," and elsewhere the poet regarded the failing apparatus of his own body with stoical regret. There was even a comical episode of navel gazing: "This is the most endearing spot the body's city / for nine months a blind telescope on the world / until at the last minute the fire brigade arrives / a sudden caesura / and it’s on its own doomed to love..." ("Navel").

For several years during 1990s, Herbert's health problems prevented him from writing any poetry at all. But in 1997 he was briefly able to resume, composing enough poems for a valedictory collection, Epilogue to a Storm. The book was published in early 1998. Just a few months later, on July 28 of the same year, Herbert died in Warsaw at the age of 73.

His reputation, predictably the target of some revisionist slings and arrows in his native Poland, has only grown since his death. Whether he should be viewed as a poet of resistance or an ontological Magellan--or both, just as Mr. Cogito was half Don Quixote, half Sancha Panza--is an issue his fans will be batting around for many decades. What is certain is his dogged striving for truth, that most formidable of moving targets. Poetry might not always be political, but it was always a matter of conscience. That was clear even to his Communist interrogators, who summoned him for the occasional chat throughout his long existence. After one such pointless Q-and-A, which found the poet dodging, weaving, or playing dumb, the weary apparatchik wrote: "After all, he is a man with a considerable dose of honor."