I've decided to resume daily broadcasting. Today I'll have to limit myself to a few bulletins. First, the Zbigniew Herbert Book Club at WWB is still up and running, and we're adding new material, including this fascinating conversation with poet and scholar Anna Frajlich. Among many topics, she touches on the poet's intermittent hostility toward those Poles who left the country for good (despite the fact that Herbert himself spent quite a few years abroad after the ideological thaw of 1956.) It is, as Frajlich acknowledges, a sticky topic:

I think at a certain point, he developed a certain animosity towards émigrés. You can find a few examples in his poetry, and an aggressive attack on Miłosz is in one of his poems, “Khodasevich.” I think Khodasevich was a very honorable man. With all my admiration for Herbert’s poetry and for Herbert, this is the poem that I absolutely cannot agree with or forgive. This is a very cruel statement on Miłosz and on émigrés. I’m not the only one who feels this way. If not for these émigrés, Herbert could never have had such an easy landing abroad. Miłosz was the one who started translating Herbert’s poetry into English. Adam Czerniawski, in one of his articles, emphasizes that émigré poets did a lot to popularize Herbert abroad. Many vouched for Herbert, found him stipends or jobs abroad. Herbert had a personal problem, but he projected it on émigré writers and on Miłosz. This projection was hurtful. That’s it.

Again, I urge all readers to visit the WWB forum and wade right into the conversation. Next: yesterday's New York Times included this deliciously entertaining dispute over Robert Frost's penmanship. Apparently The Notebooks of Robert Frost, which the Harvard University Press published last year, may be rife with transcription errors. A glance at the poet's gnarly handwriting will confirm that Robert Faggen, who transcribed and edited the Harvard volume, had one hell of an Alp to climb:

Still, both literary scholar James Sitar and poet William Logan have raised some doubts about the book's reliability. Logan, who compared about 30 pages of the original notebooks with Faggen's version, delivers the bad news in an impending Parnassus review: "Obliged though readers must be for this unknown Frost, the transcription is a scandal. To read this volume is to believe that Frost was a dyslexic and deranged speller, that his brisk notes frequently made no sense, that he often traded the expected word for some fanciful or perverse alternative." Stay tuned for further updates. 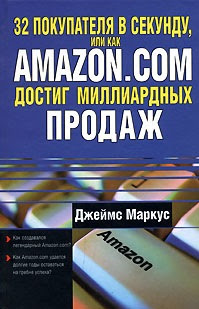 Over at Slate, Garth Risk Hallberg ponders the army (more like a popular militia) of customer reviewers at Amazon and "the fate of the literary amateur." Along the way, he quotes my own description of this critical enterprise: "an intelligent and articulate conversation... conducted by a group of disinterested, disembodied spirits." Well, that wasn't all I had to say in Amazonia. My final word on the topic, and on the Stakhanovite ranking of reviewers, was less enchanted:

It represents the Culture of Metrics at its worst, with a dose of some managerial quackery like Six Sigma stirred in for good measure: the more you write, the better you are. Quantity equals quality.... A reminder: art is not a popularity contest. Taste, talent, and discrimination have nothing to do with numbers. Case closed.

Speaking of Stakhanov, I finally stumbled across the Russian edition of Amazonia. It came out some time ago, but the publisher never sent me a copy, perhaps to conceal the fact that the title has been changed to 32 Sales Per Second. This statistic appears nowhere in the English edition. Nor, claims a customer reviewer in sternly Cyrillic characters, does it appear in the Russian edition. No doubt a transcription error of some kind.

Comments:
Your name looks great, though!

Apologies for being so scarce over on the Herbert front - I've been insanely busy this month but will go have a look...

"32 Sales Per Second Per Second" would have had more zing.

Reminds me of the German ability to improve Hollywood English (stop me if I've already told this one): the (English version of the) German translation of "Rebel Without a Cause" is: "He Knows Not What He does!" "Fast Times at Ridgemont High" (Sean Penn's breakthrough) became "I Am Standing in a Wood". Catchy-yet-allusive, eh?

Remember that '70s-era, quasi-detective show, starring Tony Curtis and Roger Moore (I think) as a couple of jet-setting smoothies, called "The Persuaders"? The German version was called (drum roll): "The Two".