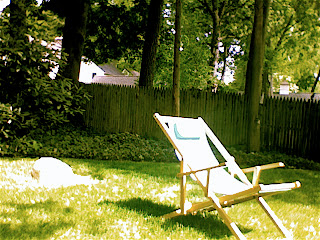 Earlier today I dipped into No Minor Chords, André Previn's memoir of his brief interlude as a Hollywood hack (in the non-pejorative sense of the term). If I'm counting correctly, the composer, pianist, and conductor scored 45 films and did triage on another 26, giving musical succor to such stinkers as the 1975 version of Rollerball. For these efforts Previn won four Oscars. And like Gore Vidal, he was around for the Indian summer of the studio system, working at MGM between 1948 and 1964. Sure, his book is basically a sequence of anecdotes. But these are good anecdotes, delivered with affection and a near-anthropological delight in the vanished civilization, or whatever it was, of Culver City. Here's Previn on Miklós Rózsa, a prodigious film composer with his own special cross to bear:

When I knew him at Metro, he was knee-deep in his religious phase. Quo Vadis?, King of Kings, Barabbas, Ben Hur--he did 'em all. As soon as there were actors in sight wearing white robes and sandals, poor Miklós was called. These were tough films to compose, if for no other reason than the fact that they were absolutely crammed with music, wall-to-wall pious tuttis, and it must have been wildly boring for someones of Miklós's standing.

Once I saw him come out of a projection room really in despair.

"I just don't know what else to write for that scene in which that fella carries the cross up the hill," he complained. This might not have been Bach's problem, but for lesser mortals, it was a genuine challenge. In order to keep himself interested, Miklós did an amazing (and probably unnecessary) amount of research for each of his projects, and so he was a real expert in biblical instruments, plainsong, Gregorian chant, and the like. He was, in other words, a scholar, and an anachronism in Culver City. During Ben Hur, he was beside himself with impotent rage when the director, William Wyler, suggested that "Silent Night, Holy Night" be played during the Nativity scene.

On other fronts: I spent some more time on the forbidden grass, listened to Pierre Boulez conducting the first half of Mahler's Third (with the punchy and primeval Chicago brass section), and read Claire Dederer's funny, counterintuitive piece about Rod McKuen. No derision, no cheap laughs at the poet's expense, who in any case made heaps of money and elicited the loopy praise of W.H. Auden himself. (His poems, Auden declared, were "love letters to the world and I am happy that many of them came to me and found me out.") Bravo!

Comments:
Thanks for the Lederer pointer. It took me back to a time when I could ironically unironically buy a copy of McKuen's recently released "I Dig Sausalito" as an Xmas present for my father. I also saw McKuen perform at B.B. King's in NYC a few years ago, as I will soon recall over at Music for Grownups.

Correction: "I Dig Sausalito" was merely one track on the awesome "Rod McKuen Takes a San Francisco Hippie Trip," which is sadly OOP.

You're welcome. The very existence of a long-player called Rod McKuen Takes a San Francisco Hippie Trip has brightened my day considerably. Listen to the warm, baby!

Thanks again, you seem determined to make my day. I loved this incredibly well-written article. It is really funny. And also kinda warm.

Excellent piece. I appreciated the restraint of the writer in not giving into the temptation of some to celebrate their pomposity where McKuen is concerned. Very warm, indeed.