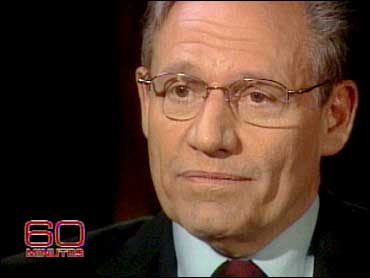 In the current New York Observer, Chris Lehmann sticks it to Bob Woodward, whose vaunted access to the corridors of power has finally gotten him into a mess. It's bad enough that Woodward conveniently forgot about his Plame-related conversation with a "senior White House official" until after Patrick Fitzgerald snapped the (figurative) cuffs on Scooter Libby. But as Lehmann sees it, the trouble goes deeper than a fuzzy memory. Woodward's symbiotic relationship with his sources has effectively defanged his reporting, and suffused it with a bland, backslapping atmosphere of cameraderie:

Yet the surprise Woodward chapter in the Plame affair has less to do with the ethics of reporting than with the theology of access, a spiritual discipline in which Mr. Woodward is undeniably the high priest. His weirdly overlapping books on Bush-era warmaking come overstuffed with self-regarding quotes from all levels of White House officialdom, all the way up to the President himself. All of Mr. Woodward’s sources--on the record and off, and every shade in between--rush to avail themselves of Mr. Woodward’s sourcely solicitude, because they know that he will faithfully transcribe the details of their self-regard most precisely, each in their own grandiose chosen formulations.

This is the social compact on display in each entry of Mr. Woodward’s sprawling corpus of inside-Washington books, and it also explains the oddly inert quality that nearly all of them share. For all their topicality, Mr. Woodward’s chronicles of the major political events and players in our age never truly manage to get behind the scene, in the way most reporters understand that phrase. They are, rather, extended studies of mise-en-scène, with each source serving as his own director and the author hovering above events as producer and dealmaker, in a studied posture of noncommittal bemusement that he is pleased to consider both fair and balanced.

I've had my doubts about Woodward's books for a long time. In 1996 I reviewed The Choice for an excellent but short-lived monthly called The Midwesterner. Here are a couple of my caveats:

The fact is that Woodward has a second-rate novelist's grasp of character. He's dependent on a handful of formulaic devices, such as the old Bundle of Contradictions. Colin Powell, for example, "was a passionate person who could also be a cool analyst. He was sometimes profane but also the one to say, 'Yes, sir, Mr. President....' He could also be open, almost confessional, but also he was very public relations-conscious and could close down. There was a core of compassion, even a genuine tenderness to him, but he could be hard."

Plumbing the mystery of a human personality--especially one as devious and denial-prone as your average politician's--requires more delicacy than Woodward seems able to muster. As a result, his dual portrait [of Robert Dole and Bill Clinton] leans heavily on cliche. Dole comes off as a paragon of homespun dignity, whose fractured syntax is the very token of his sincerity, while Clinton is a compulsive waffler, frantically trimming his sails to the prevailing political winds.

Of course, Clinton is (and was) a compulsive waffler. I'm not suggesting that Woodward's portrait here was incorrect. But we get no nuance, no sense of genuine discovery--just reheated leftovers. Nor, in this case, did Woodward reveal much about the gladiatorial contest between Bob and Bill. What we really learn about are the second-tier handlers and ideological cosmeticians, who have turned so much of our political culture into a farce:

Woodward has padded The Choice with endless staff meetings, in which flacks, pollsters, and speechwriters debate the best way to slip their candidates past the public's defenses. It might be argued that such sessions are the meat and potatoes of a political campaign, and as such deserve to be at center stage. It's also true that these aspring kingmakers are the source of much unintentional comedy. (My heart certainly went out to Powell booster Stephen Ambrose, who "crafted a first draft of an announcement speech for Powell but complained...that he didn't know Powell's views, cadence, or language, making it difficult to polish such a speech." Somebody, please, get this man a job.)

On the other hand, few readers will feel their pulses quicken as they read about the catfighting among Pete Wilson's inner circle. And the relentness focus on flackery raises a disturbing question. Did these spin doctors win their leading roles in The Choice primarily because they were so available to Woodward? Or has our national politics truly devolved into a Battle of the Handlers, who merely position and reposition their passive patrons to offend the least number of voters? Let's hope--no, let's pray--that the former answer is the correct one.