Earlier this month, I participated in a kind of virtual seminar, "The Function of Book Blogging at the Present Time." The moderators, Patrick Kurp and D.G. Myers, were very tolerant of my lollygagging ways, and eventually posted my thoughts at A Commonplace Blog, cheek-by-jowl with responses from Terry Teachout, Frank Wilson, Mark Athitakis, and various other worthies. Here's a sampling of what I had to say:

Q: How do you respond to this statement? "Blogging is just another hobby, like stamp collecting or hockey."

A: Or like fishing, chess, cooking, sex, music, scrimshaw, gardening.... The statement is quasi-true but its assumptions are pathetic: that anything you do outside of your professional life is trivial. Many people are at their happiest and most fulfilled when practicing their so-called hobbies.

Q: How has the experience of blogging changed the way you write?

A: The Internet is real life on steroids--unless it's not. I don't think people are any kinder or more vicious online than they are in real life, but the remote nature of their interactions, and the absence of adult supervision, turns many human beings into assholes. Even Pericles might have behaved like a frat boy under such circumstances. The great thing is that you can delete comments, trash emails, and generally ignore the stuff that bothers you. I was on a panel with Lee Siegel a couple of years ago, and he was complaining about the coercive nature of the Web. I said that I didn't find it any more coercive than the radio. If you don't like it, pull the plug.

Q: Some say the golden age of blogging has already passed, that blogging has failed to fulfill its early promise; and the evidence which is given is that no one becomes famous from blogging any longer. Do you agree?

You can read my entire thing here. And please do check out the entire series of thoughtful, mostly non-ornery responses. 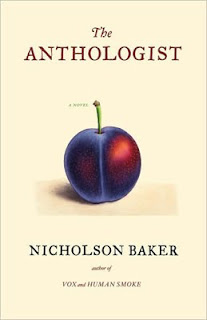