Tell me it's not so, Ryszard 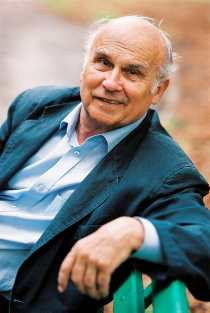 According to this article in the Guardian, the late Ryszard Kapuscinski has been outed as a collaborator and "communist spy":

Newsweek Poland put the late writer, reckoned to be greatest east European journalist of his generation, on the cover of this week's issue, unveiling details of his communist-era secret police file and claiming that his global travels in the 1960s and 70s were due to a bargain he struck with the communist regime to collaborate with the secret police.

Ironically (or not ironically) Kapuscinski's greatest books--The Emperor and Shah of Shahs--were often read as oblique commentaries on contemporary Poland: scathing dissent in the guise of globe-trotting, poker-faced journalism. I love them anyway. Stay tuned for further developments.