Once the microphones are switched off, Democrats and Republicans alike are entitled to make small talk, go easy on the gravitas, and so forth. They're only human. Yet I can't avoid a pang of embarrassment when I come across the president's unscripted banter. While Tony Blair keeps pressing Bush on the issue of Middle East peacekeepers, the Leader of the Free World sticks to the real topic at hand: Diet Coke. Plus the fact that Russia is really, really big. Read it and weep (courtesy of this AP dispatch):

The unscripted comments came during a photo opportunity at the lunch. The leaders clearly did not realize that a live microphone was picking up their discussion.

Bush also spoke to other leaders, and his unscripted comments ranged from the serious topic of escalating violence in the Mideast to light banter about his preference for Diet Coke and a gift he received from another leader.

Blair, whose remarks were not as clearly heard, appeared to be pressing Bush about the importance of getting international peacekeepers into the region.

As he chats with Russian President Vladimir Putin, Bush expresses amazement that it will take Putin and an unidentified leader just as long to fly home to Moscow as it will take him to fly back to Washington. Putin's reply could not be heard.

"You eight hours? Me too. Russia's a big country and you're a big country. Takes him eight hours to fly home. Not Coke, Diet Coke.... Russia's big and so is China. Yo Blair, what're you doing? Are you leaving?" Bush said.

I promise to stop with the YouTube videos--in fact, I promise to avoid the site entirely, after watching a scary video last night of a live cockroach strapped into a robotic wheelchair--but this was too magical to sidestep. It's the only decent film I've ever seen of Django Reinhardt and the Quintet of the Hot Club of France. The opening sequence, staged in what's supposed to be the dressing room, is delicious: the two stars warm up while the journeymen play cards. There's enough cigarette smoke in the room to give the Surgeon General a conniption fit. Stephane Grappelli looks sleek and unflappable, while the guitarist resembles William Powell with an extra jowl or two. Suddenly the camera cuts straight to a live performance, with Django's face deep in the shadows and his mutilated fretting hand shooting up and down the neck. They're performing "J'Attendrai" ("I Will Wait"), and I'd give my eyeteeth to be one of the journeymen chunking away in the background:

What the clip confirms for me, by the way, is that Grappelli and Reinhardt really do occupy the distant poles of talent and genius. The violinist is a suave and sweeping player, absolutely consistent--too consistent, you might say, which is what enabled him to make the same album over and over during the final decades of his life. Cutting his Gallic capers and always nudging the melody forward, he swings like few of his peers on the instrument. His goal, an honorable one, is to make the audience happy. Reinhardt has something else in mind--what John Berryman called "the ultimate crime: art, rime." He likes to accomplish the impossible, preferably every eight bars or so. (The rippling run at 2:52 is a perfect example, and that's with only two fingers. Imagine what the guy could have done with a fully operative pinky.) Grappelli makes you smile. Django, dematerializing the very instrument in his lap, makes you gasp.

How can you laugh when you know I'm down?

Last night I was reading some excerpts from the journals Herman Melville kept during his disastrous tour of the Holy Land in 1857. The author was in a deep funk, convinced (accurately, as it turned out) that his literary career was over. Stopping in Liverpool en route to see his pal and kindred spirit Nathaniel Hawthorne, he famously noted that he had "pretty much made up his mind to be annihilated." Cheerful, no? But his layover in wintry Liverpool sounds like Club Med compared to what awaited him in the Holy Land, to which he repaired for the sake of his "mental balance." His journals, scribbled on the fly and in a depressive agony, often flirt with illegibility--it wasn't until 1989 that a complete, accurately transcribed edition came out. And folks, this was no happy camper:

Pyramids from distance purple like mountains. Seem high and pointed, but flatten & depress as you approach. Vapors below summits. Kites sweeping & soaring around, hovering right over apex. At angles, like broken cliffs.... Precipice on precipice, cliff on cliff. Nothing in nature gives such an idea of vastness.

In that last sentence, at least, Melville seems to be regaining his balance. The vastness of the ocean--which he elsewhere called "the Potters fields of all four continents"--was very much his oyster. Yet his misery never abates. The flickers of animation in his journal are deceptive: as you look closer, they too flatten and depress. Melville is bottoming out:

Ride over mouldy plain to Dead Sea--Mountains on other side--Lake George--all but verdure--foam on beach & pebbles like slaver of mad dog--smarting bitter of the water--carried the bitter in my mouth all day--bitterness of life--thought of all bitter things--Bitter is is to be poor & bitter, to be reviled & Oh bitter are these waters of death, thought I--Rainbow over the Dead Sea--heaven, after all, has no malice against it--Old boughs tossed up by the water--relics of pick-nick....

That rainbow seems strangely out of place here: too pretty, bright, and benign for the Old Testament. Ditto for the leftover napkins and bits of wrapping paper from the picnic. We wonder whether Melville can survive another hour with such a taste on his tongue, like metaphysical Ipecac. Of course he survived another 34 years, still writing, still intent on self-erasure. According to the Census of 1880, he was alive and kicking:

He died in 1891, so thoroughly plunged into obscurity that the New York Times reported the demise of Henry Melville. The Morning Journal, a Pulitzer paper, managed to get his name right in its obituary of Tuesday, September 29. But I love the subhead, which proves that things haven't changed much after all: AUTHOR MELVILLE GONE: He Was Held by Cannibals, but He Made It Lucrative.

Having stumbled across this film clip--shot in the palmy days of 1964 by Kit Lambert and Chris Stamp--I couldn't resist sharing it. Sure, the band is obviously lip-synching, but the gyrating mods and skinny trousers and impossibly youthful faces exert a kind of anthropological fascination. I was going to say nostalgic, but that would be wrong: in 1964 I was a five-year-old kid in Queens, a universe away from whatever dingy club they shot this footage in. Still, on costume day at Shibley Day Camp, I went as one of the Beatles, with a cardboard guitar and a mop-like wig my mother had sewn for me, so I was already heading in the right direction. Question: what's more profoundly disorienting, this video or the fact that the 71-year-old Sophia Loren is about to pose nude for an Italian magazine? 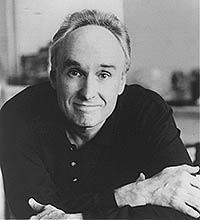