The other night I popped out to BAM to see one of Antonioni's semi-obscure films, Identification of a Woman (1982). Thematically, it's par for the course: boy meets girl, boy loses girl, boy is devoured by contemporary anomie. Since the boy happens to be a frustrated director, the film takes on a reflexive ripple of autobiographical interest. Still, it remains pretty thin gruel, enlivened only by Antonioni's crisp compositions, a few patches of sneaky comedy, and some energetic rolling in the hay (courtesy of Daniela Silverio, who plays the upper-crust object of desire.) On one level it's about a writer's block, which raises the inevitable comparison with 8 and 1/2. When Fellini (or his fictional proxy) had a breakdown, it was a noisy, messy affair, a carnival of unease. In Antonioni's case, it's more like being trapped in a silent, chrome-and-glass elevator. His proxy, Tomas Milian, spends most of the movie with a pained look on his face, as if his shoes were too tight. In his ancient review, Vincent Canby compared the leading man to "a morose Dudley Moore"--accurate, I must say--and was similarly jocular about the director's mystifying tendencies. "There are still a number of red herrings drying in the sun when the film ends," he writes. (Zing!)

While I was taking a breather from blogging, I came across this brief, touching reflection on Italo Calvino by his customary translator, William Weaver. For the most part he discusses his work on Invisible Cities, whose lucid poetry demanded not only a sharp eye but a hypersensitive ear: "Translating Calvino is an aural exercise as well as a verbal one. It is not a process of turning this Italian noun into that English one, but rather of pursuing a cadence, a rhythm--sometimes regular, sometimes willfully jagged--and trying to catch it, while, like a Wagner villain, it may squirm and change shape in your hands." But this short essay also offers a sidelong glance at Calvino himself, who clearly had zero appetite for small talk:

Our conversations were always a pleasure for me, though Calvino was anything but a conversationalist. In literary circles, hostesses exchanged horrified stories of his agonizing silences, which could freeze an entire dinner table. Calvino--it seemed to me--did not enjoy talking with me about his writing except at the basic, dictionary level of our working encounters. During one of these, a meeting at his house in Square du Chatillon in Paris, I unwittingly overstepped the bounds; I casually asked him if he was working on something new. Calvino froze, cleared his throat nervously, hemmed, hawed, then finally muttered, almost growling: "I'm thinking about some cities." I quickly redirected the talk to the problems at hand.

I meant to note some time ago the publication of Czeslaw Milosz: Conversations by the University Press of Mississippi. The book includes a short email interview I conducted with the poet in 2000, when he was living in Krakow and in precarious health. But there are also lengthier conversations with such world-class interlocutors as Adam Michnik and Joseph Brodsky. The latter exchange has never before appeared in English, and has a shaggy, audio-verite charm all its own. Here, for example, Brodsky asks Milosz to list the most valuable writers of the twentieth century:

CM: There are two parts in your question. The first maybe is easier to answer than the second. The first, what kind of literature, what kind of works? I have been developing more and more towards the idea that the measure of literature is the amount of reality caught by words. And after all those abuses, horrible abuses, of the word "realism," it is a daring thing to say such a...

CM: But I have been thinking a lot about how relatively little of the reality of our century has been captured by words, and for me it's, hmm, I would measure the literary works by that real presence of objective reality, in poems and novels.

CM: So. So this is the first part of the question. The second--what authors?--is much more difficult. I an unable to answer that question because, you know, our readings are often very important for our own subjective reasons--

JB: Yes, but that's the whole point, ya?

CM: Ya. And it's very difficult to have an assessment of twentieth-century literature. Sometimes, you know, it's more or less the way we read. I don't know what your experience is, but very often my best readings were in the bookstore (laughter). Sometimes one page, ya?

Cynthia Haven edited both this book and an earlier collection of conversations with Joseph Brodsky. For a taste of her own criticism, try this essay on Jane Hirshfield, which just appeared on the Poetry Foundation website.

Ladies and germs, I have returned. I took a break from blogging back in May, and once I got out of the habit, it was all too easy to let HOM lay fallow. It was hot, it was humid, my fingers kept cramping up, plus I got overwhelmed by some of life's little tribulations. Now, however, I will resume broadcasting, with the happy news that Amazonia: Fünf Jahre im Epizentrum der E-Commerce-Revolution is finally available from the excellent folks at Schwarzerfreitag.

Next, my review of Osvaldo Golijov's Ainadamar has now been posted at WBUR Online Arts. I could kick myself for missing an actual performance of the opera not too long ago in Manhattan, but the new DG recording--with Dawn Upshaw and Robert Spano conducting the Atlanta Symphony Orchestra--is pretty generous with the thrills and chills. I began this way:

For most composers, geography is destiny. Even Schoenberg--whose innovations were supposed to release music not only from its diatonic prison but from the local idiom of late Romanticism--always sounds, well, German. Still, no living composer has demonstrated this truth as emphatically as Osvaldo Golijov. 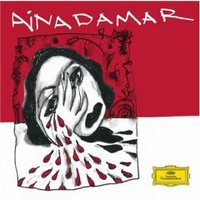 Born in La Plata, Argentina in 1960, he was weaned on a distinctive musical diet: one part Bach to one part Astor Piazzolla. Yet his parents were both Eastern European Jews, and Golijov's curiosity about his bifurcated heritage brought him to Jerusalem in 1982. Later he moved to the United States to study with George Crumb, whose dissonant procedures are still audible in an early piece like the "Yiddishbbuk" (1992) for string quartet. What characterizes his mature sound, however, is a freewheeling fusion of Latin rhythms and Sephardic cantillation, plus a kitchen-sink approach to technique. If it works, he embraces it--and this hearty pragmatism extends to the laptop computer, which Golijov has called "a folkloric instrument of our time."

Meanwhile, I wanted to mention another musical event, which I attended (with two lovely ladies) on Friday night: a tag-team recital by the Bill Frisell Trio, Kelly Joe Phelps, and Petra Haden. Readers of this blog will be familiar with my fanatic devotion to Frisell and Phelps. And while I haven't delved as deeply into Haden's work, I've got a very soft spot for her nutty acapella version of The Who Sell Out. Anyway, the show at Symphony Space put me in seventh heaven from the very first note, when the combined forces launched into "Big Shaky" (a tune from Phelps's impending release Tunesmith Retrofit). Thanks to a crystalline sound mix, you could hear it all: Phelps's gorgeous fingerpicking, Frisell's lyrical, wacky comping, and the superbly responsive rhythm section of Kenny Wolleson on drums and Tony Scherr on bass. True to form, Frisell kept shiftng the spotlight. Haden did many of the songs from her 2005 duet album with the guitarist, including a limber, loopy take on "Floaty"--you could see a big grin creep across Frisell's face when he switched on the fuzzbox--and a rambunctious "I Don't Want To Grow Up." She also sang the old Carter Family chestnut "Single Girl, Married Girl" (not a very positive take on matrimony, by the way) with twangy harmonies from Tony Scherr.

For me, in fact, Scherr was the real sleeper of the evening. I've always admired his work with Frisell, but on Friday he exuded a goofy charm that was irresistible. Twice he stepped into the spotlight: once to sing "Whiskey Girl" (with Haden's doleful fiddle in the background) and again for "Come Around" (from his own CD, which I'm now going to buy). On the latter tune he traded instruments with his employer and treated the audience to some delightfully scuzzy sounds on what looked like an old Gretsch: scrubby chording, overdriven slide, and his own hangdog vocals. Three cheers! As for Frisell himself, he uncorked an exquisite version of "A Change Is Gonna Come" and an appropriately apocalyptic "A Hard Rain's A-Gonna Fall." (Say, maybe that was the secret theme of the evening: the word gonna.) The ensemble wrapped things up with a rousing "I Shall Be Released"--the only three-part harmony of the evening, alas--and I left the theater feeling like life was pretty good after all. My single regret: they weren't recording this tremendous summit. Unless they were.

One final bit. I was paging through Howard Pollack's Aaron Copland: The Life and Work of an Uncommon Man, an assiduously researched but somewhat disorganized biography, and came across this excellent nugget:

While out in Hollywood scoring The North Star for Samuel Goldwyn, [Copland] met Groucho Marx at a recital that included his Piano Sonata. When during the intermission Marx expressed surprise at the work's modern language, Copland explained, "Well, you see, I have a split personality." "It's okay, Copland," responded Marx, "as long as you split it with Sam Goldwyn."