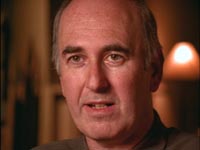 Phillip Lopate is best known for his supple and surprising essays, which have been collected most recently in Getting Personal: Selected Writings. But as far back as 1963--when he cranked out a piece about the very first New York Film Festival for his college newspaper--Lopate has been pursuing a left-handed career as a movie critic. He published a hefty sampler of this criticism nearly a decade ago, in Totally, Tragically, Tenderly. And now, casting his net considerably wider, he has assembled American Movie Critics: An Anthology From The Silents Until Now. This whopping volume should entertain and outrage film buffs across the land, even as it charts the "narrative trajectory by which the field groped its way from the province of hobbyists and amateurs to become a legitimate profession." Lopate, groping his own way through a host of promotional activities, kindly agreed to answer a few questions for House of Mirth.

James Marcus: Can you tell me just a little about the genesis of the book, and how you became its editor?

Phillip Lopate: The idea of the anthology was mine from the beginning. It grew out of my two previous anthologies, The Art of the Personal Essay and Writing New York, and especially the first, because I wanted to put forward film criticism as a belletristic form. I also wanted/needed an anthology like this to teach the course, and since none was available, I realized I had to do it myself, or go broke photocopying pieces for my students.

Marcus: Otis Ferguson, James Agee, Manny Farber, Pauline Kael, and Andrew Sarris occupy the upper tier of your own film-reviewing pantheon. Off the top of your head, who would be the next five, and why?

Lopate: The next five would probably be Parker Tyler, Robert Warshow, Stanley Kauffmann, Vincent Canby and Molly Haskell. Tyler is really a major, interesting critic, who could put forward ideas about gender and myth, and at the same time do very creditable, intriguing reviewing. Warshow wrote beautifully and soberly, and certainly would have been in the first rank if he lived a little longer. Kauffmann is just a marvel in terms of longevity, probity and consistency--the kind of critic I rejected when I was younger, but now am very impressed with. Canby is, as I said in my book, the best daily reviewer this country has ever had. Molly Haskell has opened up a whole area of film studies, and is very knowledgeable about film history, and writes with flexibility and amusement--in short, a delight.

Marcus: Are there any writers, or even specific pieces, that you particularly regret leaving out of the book?

Lopate: I have tons of regrets, but I should preface them by saying that I pushed hard to get the number of pages I did, and Library of America was very tolerant of my pressure, but they also have to think about things like paper costs and unit price, so that it isn't prohibitively expensive. That said, if I had had, say, a few hundred more pages to play around with, I would have liked to include: Dave Kehr, David Ansen, David Sterritt, Abraham Polonsky (he wrote a few film essays), Meyer Schapiro (nothing on the level of his art criticism, but still), Joe Morgenstern, Bosley Crowther (for perversity's sake!), Peter Bogdanovich, David Bordwell, Elizabeth Kendall, B. Ruby Rich, P. Adams Sitney, Robert Hatch, Iris Barry, David Edelstein, Louise Bogan, Arthur Knight, Archer Winsten, Herman Weinberg, James Stoller and probably a dozen more whose names escape me. At one point or another, the ones I named were all in the mix. But we ran out of room.

Marcus: Were you tempted to include a great many more "kibitzers"--that is, occasional film critics such as Edmund Wilson, Susan Sontag, and John Ashbery?

Lopate: There is no end to other kibitzers one could have included: for instance, Jack Kerouac, Donald Barthelme, Norman Mailer, Mary McCarthy... But I chose the half-dozen or so examples I thought worked best; I did not want the kibitzers to swamp the professional critics.

Marcus: In your introduction, you mentioned one criterion for inclusion that you were "almost embarrassed to admit"--ie, whether you ultimately agreed with a critic's assessment of a film. Can we assume, then, that you share Otis Ferguson's distaste for Citizen Kane, or James Agee's delight at Story of G.I. Joe (and, just to make things complicated, Manny Farber's consignment of that very same production to "the almond paste-flavored eminence of the Museum of Modern Art's film library")?

Lopate: I didn't mean I agreed with all their judgments. I think Citizen Kane is a great great movie, and I don't share Ferguson's objections, though I found them mighty interesting. I do like Story of G.I. Joe quite a lot. I am not a huge fan of Eyes Wide Shut, but I thought Jonathan Rosenbaum's evaluation of it was quite intelligent and made me want to give it another chance. In all cases, the critic touched on my own ambivalence or enthusiasm, even if I didn't necessarily share his or her final judgment in toto.

Marcus: You also argue that a working film critic must develop a Philosophy of Trash--in other words, "strategies for writing about entertaining junk." Pauline Kael and J. Hoberman have been fairly eloquent on this subject. But what is your P. of T.?

Lopate: I am not a working film critic and therefore I have no need for a "philosophy of trash," nor do I have one. I am free to write about obscure art movies that touch me. Of course there are many mediocre movies that I can watch with a certain degree of pleasure, especially if I am tired and viewing them on TV.

Marcus: You quote John Simon as to the reviewer's traditionally low spot on the totem pole: "Reviewing is something that newspaper editors have invented: it stems from the notion that the critic is someone who must see with the eyes of the Average Man or Typical Reader (whoever that is) and predict for his fellows what their reaction will be. To this end, the newspapers carefully screen their reviewers to be representative common men, say, former obituary writers or mailroom clerks, anything but trained specialists." Factoring in a grain of Simon-style spleen, was he correct then? Is he correct now?

Lopate: I do think that in the past newspapers and magazines tended to assign writers to the movie post without particular regard for how much they knew about the medium, and with an eye toward mirroring the common reader. That's less true now, partly because of the emergence of graduate film studies programs, which spew out many qualified young people with a knowledge of film history. Most daily reviewers continue to adopt a chummy, I'm-like-you pose toward their audience, but not all. For instance, Manohla Dargis doesn't; she wears her cine-knowledge proudly.

Marcus: Some of the critics here gravitate toward High Art, others toward expedient craftsmen, who (in Manny Farber's words) "spring the leanest, shrewdest, sprightliest notes from material that looks like junk." In the post-studio age, is this still a valid or useful distinction? Looking at the current scene, who's our preeminent High Art guy (or gal)? Who are the killer craftsmen?

Lopate: I doubt that the High Art/expedient craftsman distinction makes much sense in an age when the studio system no longer functions, and every schlockmeister considers himself an auteur, with the right to include a title that says "A film by Joe Dokes." We know who the High Art types are: Wes Anderson, Atom Egoyan, Hal Hartley, Charles Burnett, Noah Baumbach, for starters. Michael Mann is a killer craftsman who presents himself as a semi-high art auteur, a perfect example of the current confusion. Spielberg is in a league of his own as a great craftsman who wants to be considered a great artist (and sometimes is). There are craftsmanlike directors such as Joe Rubin, Amy Heckerling, John Carpenter, Wes Craven, Joe Dante, John Woo, who almost always turn out well-made films. Someone like Curtis Hanson is also right on the cusp. 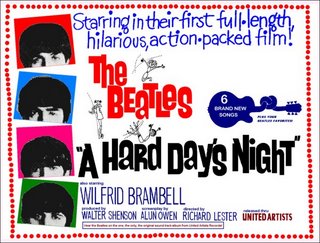 Marcus: I was struck by Jonas Mekas's take on A Hard Day's Night: "Art exists. Aesthetic experience exists. A Hard Day's Night has nothing to do with it. At best, it is fun. But 'fun' is not an aesthetic experience: Fun remains on the surface. I have nothing against the surface. But it belongs where it is and shouldn't be taken for anything else." Substitute "pleasure" for "fun," I would suggest, and his whole argument goes up in smoke. But what do you think? (This isn't ultimately a question about Mekas, of course, but about sensual versus cerebral pleasures. Assuming the two can truly be separated.)

Lopate: You cannot substitute "pleasure" for "fun," they are two entirely different notions. I thought Mekas was brave and intelligent and precise in using the word "fun" to define A Hard Day's Night, and I think he was reacting in part to the over-praise of Richard Lester, by Sarris, among other critics who were grateful to enjoy a youth movie and feel hip. Art requires complexity, not cozy complacency, and many of the youth-culture assumptions that underlay A Hard Day's Night refused complexity. As for some distinction between sensual and cerebral pleasures, I don't see how you can draw a hard and fast line, but both or either have to promote a sense of rich complexity for a movie to be considered art.

Comments:
Pleasure and fun are two entirely different things, and only cerebral pleasure, as a subset of the former of the two, qualifies as an aesthetic experience in film watching? Does that mean that Truffaut's 'Baisers volés' and 'Domicile conjugal'; John Waters' 'Pink Flamingoes'; Kubrick's 'Dr. Strangelove' and 'Lolita'; Woody Allen's 'Zelig'; most of Chaplin, half of Fellini, et al...are largely high grade trash? Film-Criticism should not sue so hard for academic respect that it loses its sense of humor; if John Barth is a serious artist, so is Charlie Kaufman. And for my money, Lester's 'A Hard Day's Night' is Godard's 'Masculin Feminin' with lip synching (and higher production values)...they even share a Coke joke or two!

This is the most independently (of the book) enlightening interview with Mr. Lopate that I've read. Thanks!

Agreed. Great interview. Thanks for the pointer, Andrew.

This comment has been removed by a blog administrator.

Can't a surface be artistically complex? But I enjoyed this interview (and the one with Guralnick, which I just now discovered). Will certainly check out their latest books.

An illuminating and fun interview.
Thank you for doing it.