Peter Guralnick has been writing about American music--blues, country, soul, R&B, gospel, and the kitchen-sink repository of rock-and-roll--for nearly forty years. His mastery of the facts, and his deep feeling for the ache and ebullience at the heart of so much popular music, is probably unsurpassed. So is his gift for portraiture, whether he's producing snapshots (in Feel Like Going Home and Lost Highway) or taking a more panoramic approach (in Sweet Soul Music). His double-decker life of Elvis--Last Train to Memphis and Careless Love--extricated the man from the mythological wreckage, an act of imaginative sympathy that would stump many a gifted novelist. And now Guralnick has pulled off a similar coup with the magnificent Dream Boogie: The Triumph of Sam Cooke. I began our conversation by asking about the book's genesis.

James Marcus: When did you first conceive the idea of writing Dream Boogie? Did you start work while you were still finishing Careless Love?

Peter Guralnick: I first knew I wanted to write a biography of Sam Cooke when I met Sam’s friend and business partner, J.W. Alexander, in 1982. I was working on Sweet Soul Music: Rhythm and Blues and the Southern Dream of Freedom, and I saw Sam and Ray Charles as the linchpins of the gospel-based Southern soul sound. I certainly knew Sam's music, the gospel sides were what really sold me on him, but the picture that J.W. painted of Sam was so complex, so intriguing, and so intricate in its portrait not just of Sam’s musical gifts but of his vision, his sense both of himself and of the social, political, and common weal, that I knew I wanted to write a book about him.

Marcus: And when did you actually get rolling?

Guralnick: It took me fifteen years to establish the conditions for that book--basically free, unimpeded, and unconditional access to all the music, business records, papers, and people (particularly the members of his family, who had been largely unvailable, and his wife, Barbara, who had never spoken to anyone up till that time) that would allow me to write the kind of book I wanted to write. Still, I continued to interview people over the years in hopes that it would work out, and basically I began on the interviews that would become the cornerstone of the book in 1991--even though as yet there was still no book in sight.

Marcus: Clearly you had no interest in whitewashing Sam Cooke: as you eloquently put it, "if we deny human nature we deny the only truth to which we have access." That said, what was the biggest surprise for you during the process of researching and writing this book? Which discoveries really transformed your image of Cooke (in a negative or positive sense)? 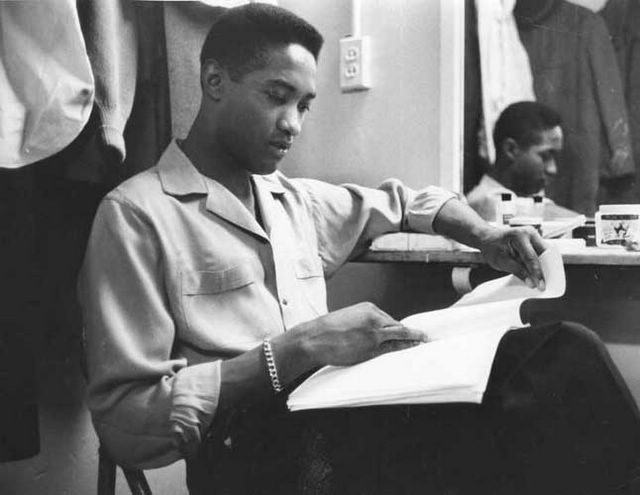 Guralnick: I'm not sure I look at in quite that way. I tried to go into the book, just as I did with Elvis, without preconceptions, and in that sense everything was a discovery--everything was a revelation. What I wanted to do was to write the story without foreshadowing, allowing events to unfold (as they do in real life) without any more knowledge of the outcome than Sam or J.W. or anyone else had at the time. What I was looking for was a deepening of perspective, and in that sense Sam became more and more real to me (and I hope to the reader) through the revelations and perspectives of those who knew him best: his family, his wife, friends like Lou Rawls and fellow Soul Stirrer LeRoy Crume, J.W., and Bobby Womack.

I went back to them again and again, and I felt that we never ran out of things to talk about, whether the focus was on Sam or the world they all knew and shared. Each had his or her own insights; it was invaluable to get their perspectives and points of view, whether it was Barbara Cooke's almost brutally honest view of a relationship that began when she was barely thirteen and Sam eighteen or Sam’s 98-year-old father Rev. Charles Cook's unique perspective on his son's remarkable sense of himself from an early age. What struck me most of all was the consistency of the picture and the unvarnished honesty of their observations. Often people seek to build up themselves and their roles in interviews. In these cases, I felt the people who knew Sam best were almost unsparing in their honesty, and the portrait that they drew, while from undeniably different perspectives, cohered to form the portrait of a highly complex, highly ambitious, and self-aware man.

Marcus: While I was reading Dream Boogie, I took another look at Robert Christgau's essay "Black Elvis," which I'm sure you're familiar with. Comparing Cooke and Presley, he argues that "the two shared something new--a vocal transparency that came across naive and unpremeditated. Their songs, especially the slower ones, were so simple-minded, melodically as well as lyrically, that pop connoisseurs still dismiss them as witless and banal. Sometimes I do too--but not without recognizing the aesthetic audacity their witlessness required." Now, I've got my doubts about Christgau's thesis: "witless" is not a word that comes to my mind for even a single moment in connection with Sam Cooke. Still, I did wonder how you would compare these two extraordinary figures.

Guralnick: I've been drawn to every subject I’ve ever written about by my admiration for their work, whether it's Bobby "Blue" Bland or Merle Haggard. The same, obviously, holds true for Sam and Elvis, each of whom is in his own way an incomparable artist. The chief point of comparison that I can see between them artistically is the way in which they both mine their musical material, whether self-written (as in Sam's case) or instinctively chosen (as in Elvis's). Unlike artists like Howlin' Wolf or Jerry Lee Lewis, say, for whom every take was the occasion for a new start or a fresh interpretation, both Sam and Elvis could go through 38 takes of a song seeking not so much to alter structure or approach as to find the deeper (the deepest) emotional meaning.

As people, they were very different. Elvis was far more instinctive, nowhere near as self-confident as Sam. Sam was a deeply analytic person who saw every new situation as a challenge to broaden his knowledge and perspective. Both were highly intelligent, complex, and ambitious but Sam's brilliance, his intellectual discipline and almost visionary reach seem to me as unique as Sam Phillips's or Walt Whitman's or James Baldwin's both in the territory he sought to encompass and in his boundless confidence in his ability to get there.

Marcus: Did the existence of a relatively recent, substantial biography (Daniel Wolff's You Send Me) complicate your task in any way?

Guralnick: No. Because every writer's perspective is necessarily different. Writing a biography is like painting a portrait: you bring to it all your knowledge, all your insight, all your influences, experiences, and perspective. There were lots of books on Elvis when I started mine. There have been lots of books on W.B. Yeats. To me Sam Cooke is a great creative artist and a great subject. His life offers a broad landscape and a window into a world filled with larger-than-life characters and events. There could be a dozen more books about Sam Cooke, and each of them would be different.

Marcus: Finally: what are you working on now?

Guralnick: I've been working, off and on, on a short story cycle inspired in some obscure way by Dawn Powell's wonderful My Home is Far Away, which I read for the first time while I was on the road a few years ago. It (the Dawn Powell novel) is kind of like Fanny and Alexander Go to Ohio. My short stories aren't anything like that--but their inspiration definitely stems from the book. So I'm hoping to see where that goes.

I started the Cooke book and had the same problem I have with all intensely detailed bios, the mountain of information makes the read a slog and a chore. More and more I find the biographical essays such as the Penguin Lives and now Harper Collins Emminet Lives (Hitchens on Jefferson, Prose on Carravagio) actually readable. Admittedly the huge bios are probably a pre condition for the shorter bio essays

Also, it needs to be pointed out that Arthur Kempton's
unacknowledged masterpiece Boogaloo covered Cooke extremely well as it also gave Smokey & Curtis their due.

I was not really interested with the guy until I read about his work about Elvis. I am a great fan and I am raring to read his works. The interview was pretty great and the interviewer was really in total command. Overall, I was informed well and the people are now aware of him.

how do i get in contact with you. his legacy need to known and i would like to present him in a to a new generation! my name is ken green i'm from washington dc 202-415-4367. does anyone know how to get in touch with Peter Guralnick?